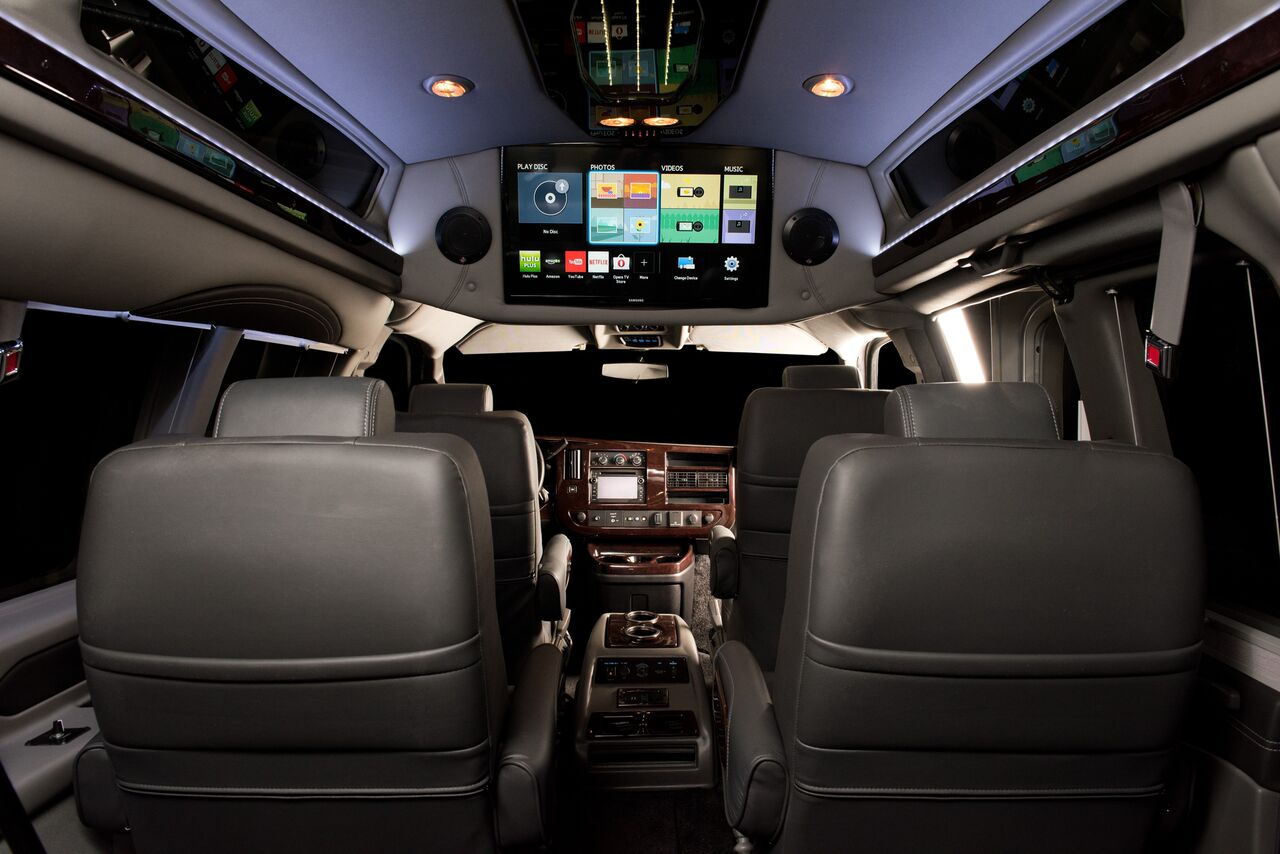 Explorer Van Company is a leader in the van conversion business thanks to our very basic philosophy: “We deliver more, not less, than we promise.”

We invite you to ask Explorer owners how they feel about their Explorer vans.

We’re sure they’ll give us an enthusiastic recommendation, and that is the true test. We sincerely care about our customers. They are the source of our success. When you look at an Explorer van, our craftsmanship and attention to detail make it the best value in the market. But that’s only part of the story. Even more important is the fact that Explorer is a family-owned and operated company. Our reputation and honor rests on each and every Explorer van we convert.

We care about you.

Stories about the American Dream usually involve a small group of hard working people who see an opportunity and decide to go for it. The Explorer Van Company story is no different.

In the summer of 1980, Bob Kesler owned a small business in Warsaw, Indiana. The automobile industry was in a deep slump, the economy falling, and Bob’s business was in peril. Son Steve Kesler, who delivered vans for Coachman Conversions part time while teaching school in Warsaw Indiana, convinced his father to look at one of those vehicles. Bob was incredulous that these vehicles were selling, but they were!

Steve suggested that they get into the van conversion business. Bob thought the idea had merit, so he decided to look into the industry. He was astonished to find that it consisted of a small group of companies that generally did not care about customer needs or wants. Their only goal was to build and sell vans to dealers as fast as possible, with no regard for quality, integrity or custom design.

Bob, then 58, decided to give the business a try. He believed his credo of doing it the right way, with the customer in mind would present them with the challenge they were looking for. Explorer Van Company was born on November 1, 1980.

A dealer in Detroit, Michigan sold Bob and Steve their first chassis. Later he became an Explorer dealer and remains one to this day. Bob and Steve, not being handymen, hired skilled carpenters, electricians and upfitters to build their vans and they were off and running. The first Explorer Van was completed in December 1980.

During Steve’s travels for Coachman, he had established good relationships with people in the auto industry, primarily Behlmann GMC in St. Louis, Missouri, one of the world’s largest van dealers. The dealership owner, Ken Behlmann, was immediately enthusiastic about the new Explorer Van Conversion, and believed it would sell, even with hundreds of competing models. “There was something different about an Explorer Van,” he said. The first one sold within a week. Bob and Steve, indebted to Ken Behlmann and Behlmann GMC for taking a chance on Explorer, remain friends with Ken and his family and all the Behlmann employees.

Over the next few years they built two to four vans a week, requiring them to move into Bob’s father’s old Zeibart building. When customers began to ask for Explorer vans by name at dealerships across the country, their increased production necessitated a move into an even larger facility in 1982. After the 300th van was built, Bob moved the company yet again. In 1985, Explorer Van Company moved to its present location at 2749 N. Fox Farm Rd., Warsaw, Indiana.

By the mid to late 1980’s the company grew at an impressive rate, with Explorer Van developing a great name in the industry. The company was not only solvent, but prosperous as well. Explorer Vans now had two major customers, Behlmann GMC and Byers Chevrolet in Columbus Ohio, and several other Midwest dealers. With an ample supply of dealers and chassis, Explorer expanded its sales force and moved into the Southwest territory. Before long, they became the only company with a nationwide dealer body. Today, Explorer serves mo

In early 1987, Explorer Vans applied for and received a bailment pool agreement with GMC. This agreement allowed GMC to drop ship vans to the Explorer plant, essentially becoming partners with GMC. Similar agreements with Chevrolet and Ford followed, making Explorer Vans one of the most dominant companies in the our industry. Year in and year out, Explorer Van is the fastest selling custom van, far outselling any other van conversion company.

More than 100 craftsmen at Explorer oversee everything that goes into an Explorer conversion, from the wood components, to seating, interior lighting and ground effects. More than half of Explorer’s workforce has been with them for more than 15 years. This is a true testament to their company.

Bob Kesler, who died in November 2003, knew that those who try to shortcut will never make it. Explorer remains dedicated to providing the highest quality product on the market. With their credo of “We deliver more, not less than we promise,” Explorer’s customers really are the most important part of the Explorer Van Company. Bob wouldn’t have it any other way.

Located in the Heartland of America

More than 100 craftsmen at Explorer oversee everything that goes into an Explorer conversion, from the wood components, to seating, interior lighting and ground effects. More than half of Explorer’s workforce has been with them for more than 15 years. This is a true testament to their company.